From Earth to High Orbit :

SCHRAMA SPACE is a Dutch/Belgian private non-government startup, launched by Erik Schrama in 2021. The result of a "hobby" that's gone critical, SCHRAMA SPACE has the aim of developing a feasible and economical heavy lifting solution for the European space sector, and eventually taking Europe for the first time to the Moon and Mars.

"I believe that competition is good. Unfortunately, Europe's currently not competing." - Erik Schrama

Schrama Space is currently located in Flanders and is driven by voluntary contributions (in thought, labour, effort and/or donations) from those who want to see this project succeed. Why don't you join us?

Europe has a leading position in the world when it comes to the launching of small satellites, such as cubesats, microsats, smallsats and constellations. However, when it comes to launching large payloads, or even crewed flight, Europe's space programs are still completely dependant on foreign (i.e.: non-European) launch systems.

Europe has a large number of companies that specialize in low-weight, small-scale rocket launches. However, the high-weight, large-scale market is currently dominated by JAXA from Japan (for freight) and Roscosmos from Russia (for crew), followed by American operators such as SpaceX, Northrop-Grumman and Virgin.

Even today, when ESA astronauts are launched into orbit, they usually do so aboard Russia's Soyuz capsules, carried by Russian Energia rockets, launched from Roscosmos' Baikonur spaceport.

Beyond that, both the American, Russian, Chinese and Emirati space agencies are developing plans to take humanity back to the Moon, and further to Mars. These include the U.S.'s Gateway lunar orbital space-station and Orion long-range spacecraft, as well as a Chinese-Russian "international" lunar base. Europe's political leadership, however, has no plans of its own, because we are afraid of thinking big thoughts, dreaming big dreams and really competing globally.

However, Europe's current focus on small-time operations means that we risk losing the ability to independently send European astronauts into space, which is contrary to Europe's current objective of reaching "strategic autonomy" in space.

This is where SCHRAMA SPACE comes in: We believe that international competition is not just good, but absolutely necessary to bring humanity to the Moon and Mars as quickly as possible. So, because no other European company or agency has stepped forward to accept the challenge of privately developed manned spaceflight, SCHRAMA SPACE has started developing orbital launch concepts intented to allow Europe to lift heavy cargo payloads as well as crewed flights into high orbit.

Not only do we intend to capitalize by filling the current void in the European heavy-lift space market, but, more than that, we aim to put European feet on the surface of the Moon and Mars. 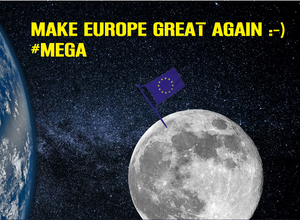 To solve Europe's current lack of strategic autonomy vis-a-vis independent access to space, we are developing innovative concepts for a heavy lifting systems capable of carrying both heavy payloads and crew modules.

We are currently developing the following concepts in 4 distinct development phases:

Nothing can be done without good ideas and good preparation. As a young start-up, SCHRAMA SPACE is currently progressing from Phase 1 (Preparation) to Phase 2 (the development & launching of our POC sounding rocket).

Named after the Dutch legend of the "goat riders¨, this is our POC sounding rocket, currently in the initial stages of development.

Name after the Germanic god of thunder, this is our 3-stage rocket concept, capable of carrying both heavy payloads (over 10 tons) and crew modules. To be developed as an upscaled version of BOKKENRIJDER.

Named after the Germanic father of the gods, this is our dual-use module, designed to be carried by DONAR and intended to be able to carry either heavy payloads or astronauts (depending on the requirements set down by the mission profile) into high Earth orbit. WODAN is designed to come into two basic varieties: CARGO and PASSENGER.

An acronym of the Dutch "ElektroMagnetische Massa-Aandrijver" (or: "ElectroMagnetic Mass Accelerator"), this is a highly experimental concept for a next generation non-rocketry based launching system, which SCHRAMA SPACE is currently developing.

Named after the Lithuanian goddess of the Moon, MÉNULIS is our experimental concept for an orbit-to-surface module intented to land a European astronaut on the surface of the Moon.

Named after the Germanic god of Mars, Tyr is our concept for an orbit-to-orbit interplanetary spacecraft capable of reaching Mars and landing a European astronaut on the surface of the Red Planet.

We are proudly European. From mixed Dutch-Belgian roots, SCHRAMA SPACE aims to become Europe's frontrunner in commercially developed manned spaceflight and to become a global competitor capable of giving Europe a stake in the new Space Race.

As a proudly European organisation, our base op operations is located right in the heart of Europe: In the middle of the Flemish wine country, just east of Brussels, capital city of both Belgium and Europe. 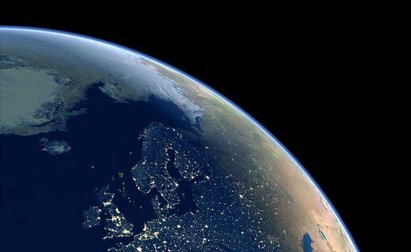 As a private start-up, our timeline is dependent both on the volunteers we can persuade to donate their time and ideas to help us, as well as the funding we receive. In short: The more help we recieve, the more progresse we can make.

However, our current timeline is as follows:

This is a relatively conservative timeline. With enough funding, this schedule could be slashed, thereby giving European spaceflight the opportunity to reach the Moon & Mars before the U.S. or China do. According to our current, conservative timeline, however, it will take us about 5 tot 10 years to develop a fully useable rocket capable of launching a manned mission for Europe.

We are constantly expanding our developing operation and are currently looking for talented and enthusiastic volunteers, including talent in:

Do you believe in an independent European space program? Do you want to be part of something amazing? Like the development of an innovative and ground-breaking heavy lifting system?

It is time that Europeans start doing it for themselves! Profit isn't everything ... That is why SCHRAMA SPACE teams up with other companies and organisations who share our vision of European spaceflight.

Do you think your company has something to offer, or that partnering up with SCHRAMA SPACE can be of mutual benefit, then please contact SCHRAMA SPACE to see how we can help each other, for Europe!

Together we are stronger. That is what Europe's all about. 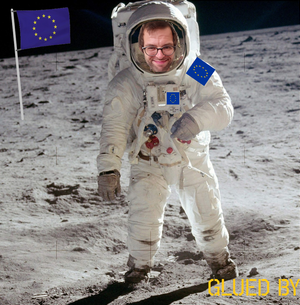 Do you have any questions?

We love to hear! 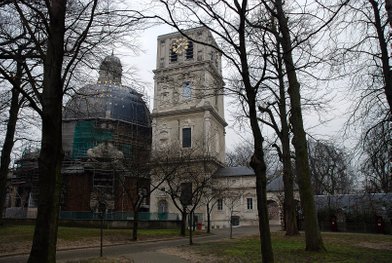 Even if you're doing it on a practically non-profit basis, building a rocket capable of lifting a (wo)man into orbit costs a bit of money. SCHRAMA SPACE, however, rejects the corporate model that places our hopes and dreams into the complete control of big business, but instead prefers to focus on what is best for Europe in particular, and humanity in general.

If you're as passionate about (European) space exploration as we are, then please support us by making a small donation. As we are independent from the big aerospace conglomorates that run Europe's space industry, every euro counts towards the future.

Please make your donation here. And in the name of European space exploration, we thank you from the bottoms of our rocket engines!

Be inspired by this fun bottle rocket experiment carried out by the boss and his kids. Easy to do (you just need a couple of plastic bottles, some white vinegar and backing powder, a cork, of course, and lots of enthusiasm!) and great introduction to the basics of rocketry...