#7: AN INVITE TO A GLOBAL MARCH FOR FREEDOM & DEMOCRACY

It may not come as much of a suprise to many to hear that quite a lot of people around the world are unhappy with the repressive (and often frankly illogical) measures imposed on all of us.

In fact, according to many sources (such as Oxfam) about 9 million people worldwide starved last year because of supply chains broken by the lockdowns, but this is nothing compared to the estimated 130 million that are estimated to starve before the end of 2021! (see here to begin with: https://www.nytimes.com/2020/04/22/world/africa/coronavirus-hunger-crisis.html?action=click&module=Top%20Stories&pgtype=Homepage) This comes on top of a staggering 500 million (!) who will be pushed under the poverty line. Right now there are famines going on worldwide caused by a combination of locusts and warfare, but made SO much worse by broken supply lines and absolutely no help from the outside, because the rest of the world is too involved in its own problems right now ...

At the same time, in many countries (even in Europe!) we have seen the effective sidelining of parliamentary oversight, and a de-fact "pausing" of democracy, as emergency laws were used to allow presidents and prime-ministers to rule their countries by decree. There's a good reason why "#nietmijnregering" (i.e. Dutch for "#notmygovernment") has been trending on Belgian twitter... In fact, even though the COVID crisis has been going on for over a year now, the Belgian government is only NOW discussing the idea of a federal law to give the measures some kind of legal basis. It is horribly ironic that much criticism has been leveled over the past months against the authoritarian tendencies of Viktor Orbán, for instance, but even in the heart of Europe - Belgium - the country has been de-facto ruled by ministerial decree by a non-elected prime-minister for months now.

On top of that, we have seen a level of police repression that few of us could have believed would ever happen again in the civilized West. More often than not, anti-lockdown protesters were faced by armoured riot police, attack dogs, water cannons, secret police and random arrests. Before 2020, most Dutch people would've said that "Romeo" is the name of a character out of a Shakespearean play, in 2021 we know he's actually a secret policeman ...

That is why many of us are refusing to just sit down and watch. This is also why there have been continuous protests going on in Europe and around the world, including Germany, France, Denmark, the Netherlands, the UK, Spain, Italy, Serbia, Greece and the list goes on ...

If you have any questions, you can always reach out to me

Thank you in advance, and see you there! 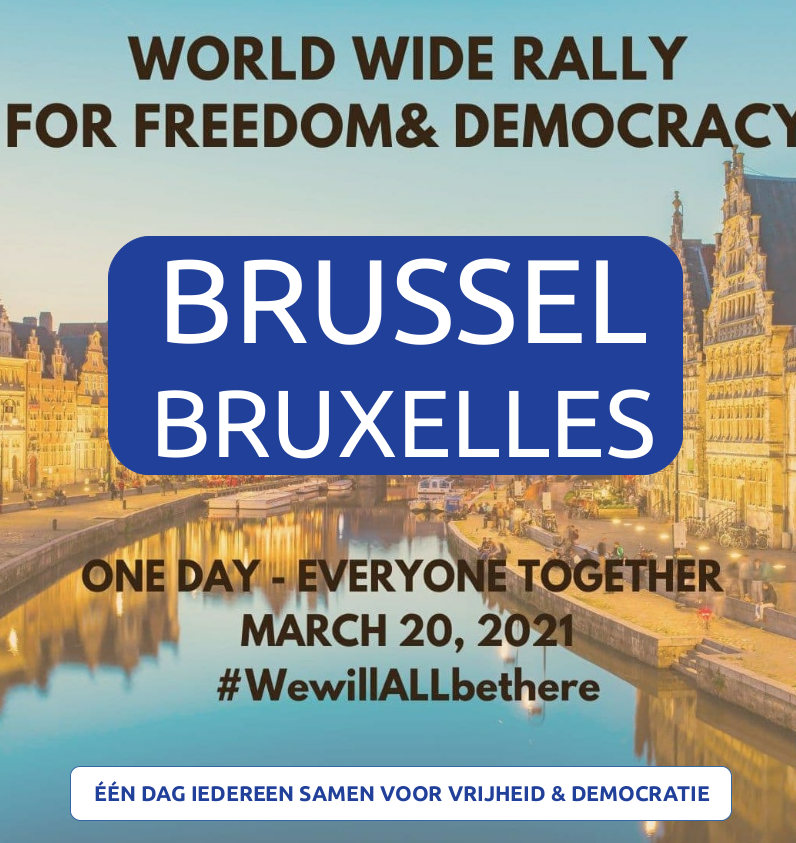